“A Black Market for People ‘Consumed by the Internet,’” Rhizome (September 2015; available here).

“Factories of Modernity: Political Thought in the Capitalist Epoch” (in preparation).

“The Absent Factory: Online Extraction between Logistics and Production” (preparing for review).

My ongoing book project, Factories of Modernity: Political Thought in the Capitalist Epoch, argues that the factory system acted as a decisive stage for the historical development of political thought and practice across Britain and the Atlantic world from 1688 to 1807. Moving between canonical texts and unpublished manuscripts, each of my chapters presents an image of the factory as a microcosm of modernity by turning to texts and spaces in which capitalism was originally articulated and practiced, both by political thinkers and a range of lesser-known political actors, from factory owners, inventors, and colonial officials to painters, abolitionists, and free workers of color who resisted Atlantic slavery in the late eighteenth century. By reading these perspectives as forgotten archives of capitalist modernity, I show that factories are not restricted to the giant assembly plants of nineteenth-century Britain. Rather, the historical spaces I call “factories of modernity” encompass an unfamiliar plurality of pre-industrial environments—workhouses, manufactories, plantations, colonies—where labor was performed, reproduced, and disciplined. In redefining the factory as a multiplicity of spaces in which influential ideas and ordinary experiences of labor, aesthetics, and race were co-constituted, I provide an alternative account of capitalist society that discloses and confronts the salient yet neglected ways in which corporations at the heart of our “postindustrial” economy—Google and Amazon among them—are organized through a racialized politics of factory production.

My second book project, Badlands of Utopia: Empire’s Lost Futures of Work, will explore how notions of idleness and waste were rooted in a conceptual grammar of imperial expansion, economic improvement, and moral reform upon which an array of utopian thinkers and projectors relied to articulate novel visions of work in imagined societies from the seventeenth to the nineteenth century. Each chapter will pair a detailed study of utopian thought with a historical examination of “projects” for utopian settlements proposed and enacted by a range of visionaries throughout the Atlantic world. In showing how utopian authors—from Daniel Defoe in England to Luís Caetano Altina de Campos in Portugal and Henri de Saint-Simon in France—proposed ideal visions of employment as remedies to the socioeconomic crises of their periods, I aim to recover neglected synergies between utopian fictions and real attempts by British industrialists, Portuguese explorers, and French reformers to create “utopian” communities across Latin America and Africa. In doing so, the book will foreground the ways in which utopian ideas and projects consigned certain people—slaves, the unemployed, convicts, black refugees, and indentured natives—to what I call the “badlands of utopia.” Rather than abstract thought experiments, utopias emerge as a material remnant of historical discourses and practices invested in fashioning industrious workers out of populations who, on account of their alleged “idleness,” were said to have left their labor-power and natural resources in a condition of “waste,” ripe for extraction and dispossession. 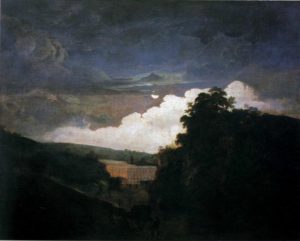